It is with great honour and tremendous pride that Brighton Plastic Surgery announces that Mr Keith Mutimer was recognised in the Queen’s Birthday honours with an Order of Australia.

The presentation ceremony was delayed due to multiple Melbourne lockdowns but was finally held on Wednesday, 10th November 2021. 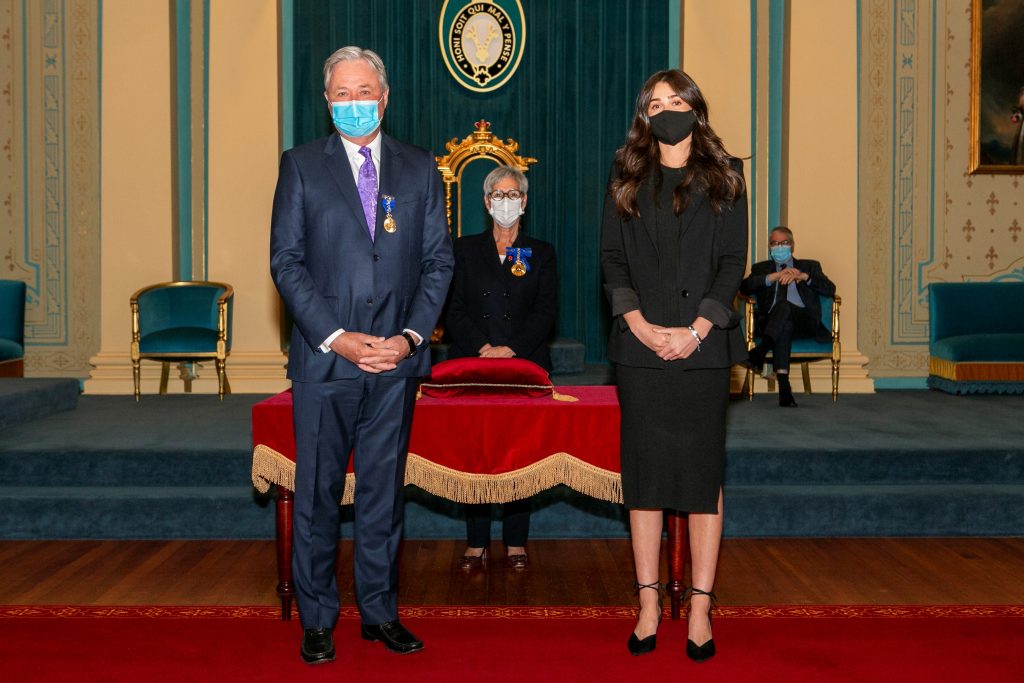 What is the Order of Australia?

The Order of Australia recognises Australians who have demonstrated outstanding service or exceptional achievement. It was established in 1975 by Her Majesty The Queen.

Individuals are appointed a Member of the Order of Australia (AM) for service in a particular locality or field of activity or to a particular group.

Mr Mutimer AM was appointed for significant service to plastic surgery, and to the international community.

Each recipient of the award is asked to choose someone to pin the medal after the award has been bestowed by the Victorian Governor-General, the Honourable Linda Dessau AC. Mr Mutimer and his wife chose their daughter.

Mr Mutimer’s citations for the AM included:

A significant amount of voluntary surgical work with Interplast from 1984 to 2020, including:

Significant voluntary work with a range of professional societies including the Royal College of Surgeons and the Australian Society of Plastic Surgeons (ASPS).

Dignitaries, colleagues, and friends have all sent their congratulations and warmest wishes to Mr Mutimer.

Mr Mutimer has long been regarded and recognised in the industry for a range of impressive accolades and accomplishments over a distinguished 30-year career in plastic and cosmetic procedures.

His professional associations include:

From all of us at Brighton Plastic Surgery, we extend our warmest congratulations to Mr Mutimer and look forward to many more years of success.